it's not just a cave on a isle, it's anything!

» A game i made on scratch!

You are not connected. Please login or register 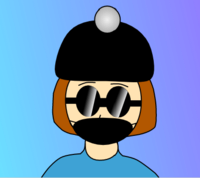 1# - i'm making a game that looks like pico's school and riddle school/transfer, jeff's school, the story is the same as pico and phill's, aliens, ufos, school escape, puzzles, facility escape and school shooting.


THAT'S THE END OF THE LUISNEWS!!!